Running a radio station at Christmas and creating Christmas promotions is always a challenge. It can be a “damned if you do, damned if you don’t” scenario. What your listeners, clients, commercial partners, and station management usually tell you this time of year:

“Play the Christmas music I want to hear!… but not too much and not too early”

“Do something charitable for your listeners! …but don’t let it cost too much or feel too insincere”

“make a great, laid back holiday program that listeners will want to have on all holiday season long!… but fill up those commercial breaks to make up for the money we lost over the summer”

It’s often a balancing act, and one that changes depending on your listeners and your format. We have observed several innovative Christmas ideas and Christmas promotions over the years. For your inspiration, we would like to share a few of those that worked incredibly well with you. And one that didn’t…

One way to deal with Christmas is to intentionally not do what is expected of you. At an alternative rock CHR I worked at several years ago, we did exactly that. The expectation was to shun the Christmas cheer as we had in previous years, because that’s what you should do, when your audience is young and angsty – or would still like to think of themselves as such. In this European market there was a well-known traditional “schlager music” star that did a horribly awesome take on “Last Christmas” by Wham. Rather than try to explain this aural phenomenon; here is a link.

We decided that this would be the only Christmas song we would play, and we played the crap out of it! Pretty soon we started to get some attention, people noticed and loved it. Due to the great listener feedback and the funny, but respectful way, we handled the song. Furthermore, we managed to convince the artist (who was already semi-retired) to do a 4-hour long show special on Christmas day with one of our DJs. To this very day the entire comment thread of the song on YouTube is filled with listeners from the station loving the Christmas promotion and talking about what a blast they had listening to the show with Roberto on Christmas day.

In crowded AC markets there has been a rise of “anti-formatted” stations in the recent years. A client of ours is one of those (very successful) anti-formats. It’s a purposefully non-pop culture radio station with a very wide selection of music and lots of intelligent talk and content. It would be fair to describe “Last Christmas” from Wham as THE pop-culture Christmas song of the last 25 years – and almost guaranteed to piss off their core listenership. They turned the tables on the idea that you “had” to play last Christmas as a radio station at Christmas in an interesting way. As an answer to the question from listeners “are you going to play last Christmas this year?” they tweeted:

“Yes, we’re playing last Christmas by Wham! Here’s a schedule of all our airdates for the song: […]”

There was one – single – airdate: Christmas Eve at 2 PM, the start of their yearly Christmas show. Listeners got it, and ran with the joke. “Thanks for the warning!” tweeted one back. Or “C’mon, the song isn’t that bad” filled the reply and retweet feed.

They had some good-natured fun with the song running up to the actual airdate. The break before the song and the song itself ended up being one of the best testing breaks of the entire year for the station. We tested it with a great little tool in RadioAnalyzer called Freestyle Delta.

And you can of course go the classic Christmas promotions route – wholesome, feel-good, family-friendly cheer. If it’s sincere  (this includes making sure your DJs are on board) – there are lots of things you can do to make your station feel all warm and fuzzy. Charity events work well for this, just make sure it ends on a high note, not a depressingly low one. We have seen stations that focus on sensationalizing tragedy bombing out during the holiday season if they overdo it. Pretty much anything that is last minute presents, prizes or money for the holiday season works well too, if you spin it “warm and friendly” and keep participation simple.

Whether you go full-on Christmas music or simply increase the frequency once you start is a bit of a question of fit for you station. Rarely do we see 100% Christmas music work for a full-service AC or CHR. However, it does work well for certain station formats and audiences, like MOR or Oldie-ACs that are usually a second-choice station. Mix this with a fitting and easy to understand Christmas promotions and you’ll definitely see a ratings bump. We have a client currently tearing it up in a big-city market with a mix of Christmas Music only and last-minute present giveaways for listeners during the day.

4: There was an attempt

In an effort to do something new we sometimes see stations try to get a little to inventive for their own good. A station in the Nordic countries decided to do a Christmas themed giveaway promotion one year. The premise was relatively simple: listen for a sleigh-bell-jingle that would be played during the day on the station, then call in and win. Sounds simple enough.

The Christmas promotion starts and the phones don’t stop ringing. There was only one problem: listeners were calling all day long, not just when the sleigh-bell jingle ran. Nobody thought about the fact that every single Christmas song have sleigh bells in it. The listener phone staff was apologizing non-stop to listeners hoping to win. They tried to explain: “No no, those aren’t the right sleigh bells. It’s the other sleigh bells you have to listen for – between the music; not in the music”. Yes, the promotion created some interest and excitement, just not the kind they were looking for.

Do Something with your Christmas promotions !

No matter what you do, Christmas time is too good of an opportunity to pass up doing something memorable on your station. Be creative, have fun, think it through, and then see if it works – we can help you with all those things.

What are you doing this holiday season on your station? Does your Christmas promotion work? We’d love to hear from you.

You might say the poor guy never had a chance, being born to two radio-crazy ArmedForcesNetwork journalists that met in southeast Asia (think “Good Morning Vietnam” – and no, his dad is not Adrian Cronauer). Since discovering his love for music programming as a teenager, Bill has been obsessed with turning great ideas into numbers you can measure, and measured numbers into actionable programming strategies that make great radio. After touring Central Europe as a Music-Promotion-Programm- Director and a Research&Program Consultant for European and International Consulting firms, he has returned to the radio innovation trenches at RadioAnalyzer, and is loving every minute of it. 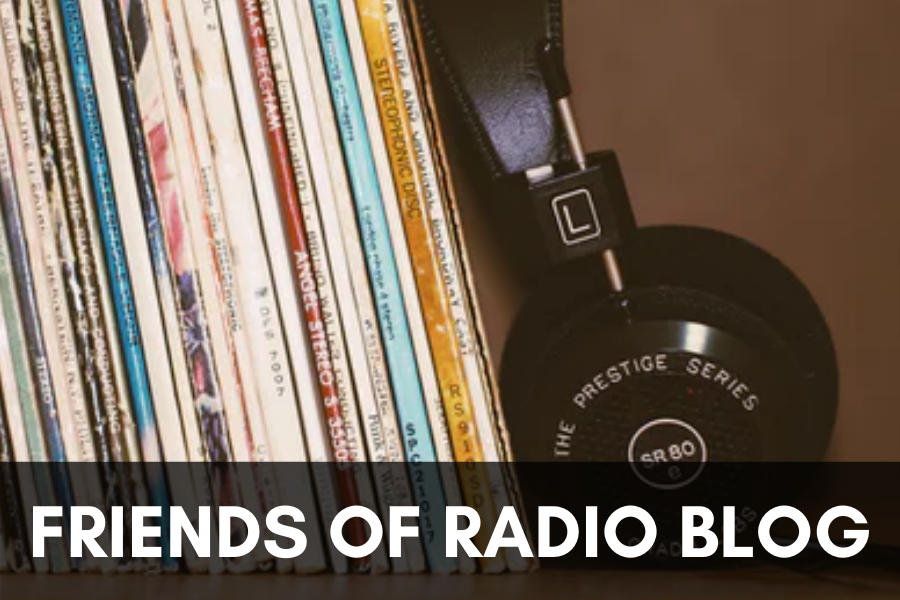